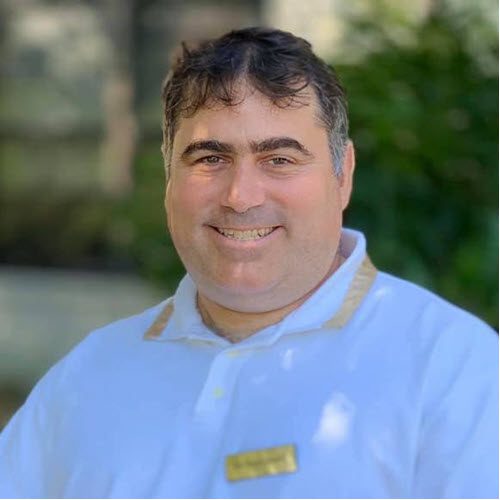 Rev. Sam Rudra Swartz, IYM (Rudra) was ordained as an Integral Yoga Minister in July 2016 after completing the Integral Yoga Seminary under the mentorship of Swami Divyananda Ma. Earlier, he was ordained as an Interfaith Minister by Rabbi Joseph Gelberman after completing the All-Faiths Seminary Program in New York City in 2004. He also received his Bachelor of Music Degree, Concentration in Brass Performance (Tuba) from Boston University in 1996. He has attended Integral Yoga Classes since 2001. He completed his 200 Hour Teacher Training and his Raja Yoga Teacher Training in San Francisco, California with the Integral Yoga Institute of San Francisco in 2011 and 2012 respectively. Following his 200 Hour Teacher Training he completed his Meditation Teacher Training in Yogaville, Virginia. He was previously a director of Camp Yogaville for 8 summers and has led 3 silent retreats at Yogaville. He is currently a resident at Integral Yoga Institute Ashram of New York where he serves as a Technical Director for their online programs as well as regularly teaching classes such Gentle Hatha Yoga, Integral Yoga Level I, Meditation Workshops, Scripture Studies, Raja Yoga for the Teacher training program, and Coordinates and Frequently Leads the Weekly Satsang Program.